On a cold January morning, Cherie and I planned to meet at a Dunkin Donuts, but the place was packed! and there wasn’t even room to park.  So, we ventured a couple of miles further to check out a small place at the corner of N. Lowell and Windham Depot Roads.  I had passed the place numerous times on my way to visit friend and to attend a small group which gathers weekly at Nellie’s home.

We were delightfully surprised that no other patrons were present and we could have the place to ourselves to talk at length.  We settled in at a table as far from the front as possible and grabbed two mugs of hot coffee and cocoa (with whipped cream on top!)

Even as we began our conversation about in-law relationships, I could tell that Cherie had wisdom to share that she had learned over the years.  She is analytical and had prepared in advance some thoughts to convey.

When asked what makes for a great MIL/DIL relationship, one of the first things she related was the following:  “Be careful not to take offense at first words because I have found myself a couple of times doing that not knowing where Meagan was coming from.  And I found it was a lot better …  It took me a while to ask her ‘Do you remember when you said such and such?  Did you mean …. ?”   And she said ‘Oh, no.  I didn’t mean that at all.  This is what I meant.’  It clears the air.   If there’s a misunderstanding, clear it up”.

Before much time goes by? 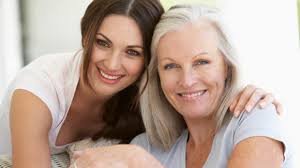 “Absolutely.  And that goes for any relationship.”

Our conversation took a turn at that point when  Cherie mentioned that her DIL said about her relationship with her husband “We have disagreements, but we never have arguments.  John actually listens to me and my opinion and how I feel about something.”

Maybe that’s the difference between discussing and arguing? – whether both parties actually listen to one another.  (Bonus thought!)

Great insights, Cherie.  Going to put those on my mirror.  Be careful not to take offense easily.  Make a point of clearing up any misunderstandings  as soon as possible.  Listen – really listen.