The history & baggage of the man you married …. and of the woman who is now a member of your family. 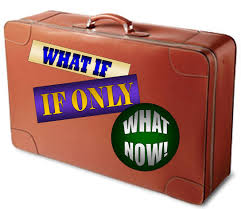 Jeanie comments that her relationship with her MIL has definitely been colored by the history of her husband with his parents.

Does it make sense that the flavor, atmosphere and temperature of a man’s relationship with his parents is, to some extent, inherited by his wife?  If so, the MIL/DIL doesn’t really start out with a clean slate on which they can write the chapters of their relationship.  Would you say that there is a prologue?  A foreword, perhaps?   Could you call this a pre-existing condition?  What does a MIL/DIL do with those?  Can they be ignored, disregarded, put aside?  Overcome?  Can a DIL help resolve some of the issues?  Should she even attempt to do so?  Is it inevitable that she will take sides?  How difficult is it to remain objective?  Does the MIL assume that her DIL feels similarly to her husband and agrees with how he has interacted or does interact ?  When two become one, do they always act as a team when relating to his parents?  Should they?

People have told me that I ask really good questions.  Sure wish I had some really good answers!

I am no advice columnist, but may I offer a few wise words to future brides?

I have been married for 25 years and have never had an argument with my mother-in-law.  Never!  My mother gave me some valuable advice before my wedding that I’d like to pass along.  She said, “Always respect the woman who made the man you love.”

I never forgot it, and my MIL has always been welcome in my home for as long as she wishes.  If we had any differences, a respectful dialogue was opened right away — especially if it concerned our kids’ education.

We have enjoyed shopping, eating, cooking, parties, caring for newborns and family moments together for as long as I can remember. Sadly, she is now frail and can no longer travel as much as she once could.

The women who made our husbands deserve all the respect we can offer them because if we are happy as wives, it is thanks to all of them.

Jeanie and I sat together in my living room over steaming mugs of hot tea.  Outside it was a January day in New England.  Now, January is one of my favorite months of the year.  But, you can pretty much bet that the weather will be very cold.  Our conversation, however, was anything but.  Jeanie is a delightful woman who carefully considers things and chooses her words carefully.  When she speaks up, I listen. 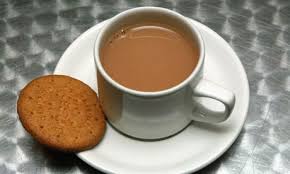 We spoke of many facets of the MIL/DIL relationship.  I asked her if she felt that her relationship with her MIL changed from dating to engaged to married.  She began to look back and reflect ……

My relationship with Damien’s mom is sort of non-existent.  I settled into the rocking chair, ready to hear her story.  There’s a chasm.  So, we never even get to the point of seeing quirkiness or ….  I think because of Damien’s wounds with his family that … that has amplified in our marriage relationship.

“Were the walls up before you married or did they develop?”

“They developed.  When Damien & I started dating … So, Damien has been married before.  (And Jeanie brought her daughter into her marriage with Damien.)  When Damien and I started dating, we were around his family – his mom & his dad – a lot more than he’s ever been in his adult life.  And they really liked that.  They liked having him around and I could see that they enjoyed my company and then, I started to learn a little bit about the dysfunction between parents and siblings.  And it sort of evolved from there.  I think that the places where the walls became thicker were in regards to my daughter and her sense of belonging as a child of their son’s wife.  There was acceptance, but it had limitations.  Yeah.”

“So, when you were dating, they enjoyed your company.  When you married, you said something changed.  Was it sudden?”

“I think it was very subtle.  In the beginning, it was like a honeymoon all over the place.  But, the more we got to know them, the more I saw beyond that superficial “getting to know” and I just think that,  relationally, they have their own barriers.  They have very strict boundaries with their kids and their kids have felt hurt by them and they kind of jest & joke with each other when they’re together to cope with it, but it doesn’t mean it isn’t real.”

“So, the whole situation where two people who have been married before and they join in marriage and they bring into it, maybe children, and certainly, I guess “history” might be a good word for it.”

“I do take some responsibility for the walls.  When my daughter would experience hurt, when she recognized that there was a difference in the relationship between their natural grandchildren and her, there would be pain in her heart and back then I wasn’t necessarily … I didn’t have the skill-set to be separate from her experience .  And so when she hurt, I would hurt with her.  Seeking counsel outside of that family dynamic … understanding a third party’s point of view – someone looking in – that was helpful.  But, still, how could I rescue my daughter from the hurt that she’s feeling?  That was my limitation back then.”

So, you joined with her in feeling hurt.

“Were you ever able to talk with your MIL about that?”

“Like saying “Why don’t you treat my daughter the same as your other grandchildren?”

“Never even considered it.”

Wasn’t it obvious, I thought, that one should address important issues promptly and they would be resolved?   Easier said than done.  I regretfully remembered that it took me 15 years to talk with my MIL about something that was blocking our relationship.   15 years!

You’re trying to be so careful not to offend, not to step on the other person’s toes, not to speak to them in a way that they wouldn’t like, that you just don’t deal with issue. It just sort of gets swept under the rug.  That’s what happened, in my case.

I think that the type of people that Damien’s parent are .. um, things are cut and dry, black & white.  I have not yet seen any open door any desire to have conversation any more than “How are you doing?” on the surface. …..  I’ve never felt welcome to have a conversation and, quite frankly, sort of afraid of the response.

I wonder if there’s a hesitancy, a feeling like “So, what if I talk to her/them and it makes things worse?  What if they blow up and say ‘Well, if you feel like that, then you really don’t need to come around here anymore!’”  Or something like that.  When I finally talked with my MIL about that issue, it could have gone very differently!

Sure.  And now we are at the point where my daughter is grown.  So things are changed anyway.  And we have a granddaughter and they enjoy seeing her as well.  But, there’s not a lot of effort on their part to connect with us and they do put in a lot of effort with Damien’s other siblings.  So, I’m not sure what it’s all about.

Sure!  Sure!   I hurt more for Damien than myself.  Relationships are hard enough for me. To consider trying to maneuver through this other one where they don’t want to connect would take a lot more thought and effort on my part.

“I guess one only has so much emotional energy and time that one has to choose where one’s going to invest it.”

And there’s a time for every purpose under heaven.  Sometimes you just have to wait until someone opens a door.  Sometimes you need to go knock on a door.  Sometimes you need to knock on the door and just walk right in!  It takes a lot of discernment to know when to do which or whether to do any.   It’s probably true of many in-law relationships that it takes so much energy and effort and it’s so challenging, that we choose to keep in-laws at arm’s length.  We’ll come for holidays, we’ll come for birthdays or whatever seems to be important, and we’ll be polite and then we’ll go home.

Sounds like a good argument for the fact that healthy relationships don’t just “happen”!

“How about another cup of tea?”  So much more to talk about!