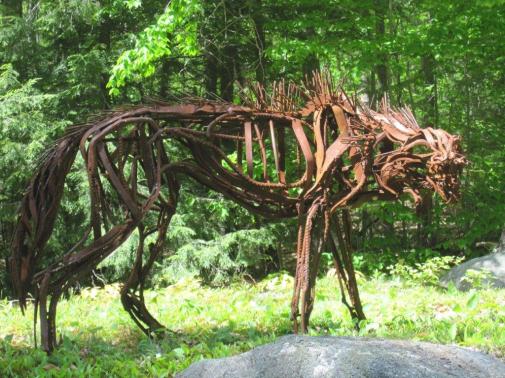 Rust?  What’s rust got to do with the mother-in-law/daughter-in-law relationship?  Possibly more than you might think.

Occasionally I surf the web, looking for suggestions, recommendations, advice – pearls of wisdom – on how to promote good in-law relations. If you’ve done the same, you’ve probably discovered that there’s not much out there. It’s way too “in vogue” – acceptable – to make snide comments about your MIL at which everyone will laugh. Did you ever notice that there are some groups of people who are fair game for public insult and degradation? Mothers-in-law seem to be among these.

Here in America, our communal dysfunction is on display for the wh

ole world to enjoy.  Grown women post on Facebook, log onto blog sites, text and phone and appear on television to denigrate those grafted into their families by marriage.  What a novel idea for promoting family bonding!  What an inventive method for communicating to our sons or husband that we really, really love them!  It makes everyone’s holidays that much more enjoyable, doesn’t it?

Rudeness, criticism,  lack of consideration and mockery are the language of the immature, the ignorant, the self-centered and those starving for the approval of others.

Mockery is a rust that corrodes all it touches. – Milan Kundera

All it touches.  Everything and everyone.

Do these words seem harsh to you?

Definition of rust (Merriam Webster Online Dictionary)
1
: the reddish brittle coating formed on iron especially when chemically attacked by moist air;
2
: any of numerous destructive diseases of plants produced by fungi and characterized by reddish-brown pustular lesions
Could we say that belittling someone – whether to their face or behind their back – might be called attacking them?  What about characterizing snobbery or fault-finding as fungi which could cause pustular lesions – wounds – even on a strong person (iron) to slowly form and break down their mettle (pun intended!)?

And neglect?  A passive approach which causes rust – verb: To deteriorate or degenerate through inactivity or neglect

Who am I really?  And what kind of stuff am I really made of?
Is rust what’s happening in my heart?  In hers?
Or is this –